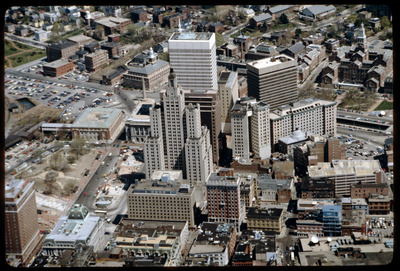 Downtown Providence is the result of a westward expansion from Market Square, the town’s first commercial center. The gradual transition of business activity across the Providence River in the early years of the nineteenth century resulted in extensive land filling, gradual at first but much accelerated by the insertion of the rail lines along the north edge of the city’s center in the late 1840s. The presence of the railroad reinforced and consolidated the importance of this precinct as the city’s commercial center.