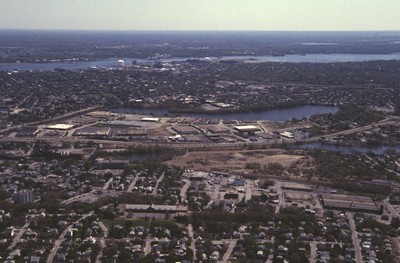 Huntington Industrial Park was formerly part of the West Elmwood neighborhood. The construction of Route 10 and a nation wide urban renewal movement in the mid 20th century led to the demolition of the neighborhood in favor of highway and trucking oriented developments, such as the Huntington Industrial Park pictured here. Thousands of people were displaced as a result of the redevelopment.