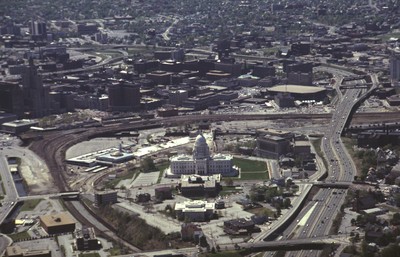 This State House opened in 1901. The Rhode Island State House is the product of an elaborate competition. Its design came from McKim, Mead and White’s office contemporaneously with the firm’s Beaux-Arts classical work for the World’s Columbian Exposition, and the rather unelaborated plans for the integration of the new State House with the central city were among the first applications of the ideals essayed in the “White City.” Programmatically, the building follows the established dome capitol scheme with legislative chambers to either side.