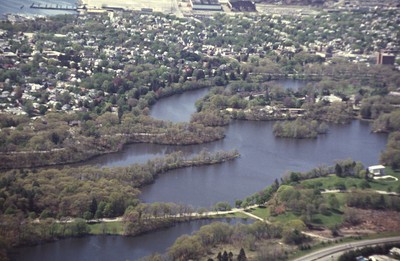 Seen here is an aerial view of Roger Williams Park which was named after the founder of Providence, Roger Williams. The park evolved from a 100 acre parcel that Betsy Williams gave to the city in 1871. Today the park is a 430 acre public park. The park’s architect was H.W.S. Cleveland.