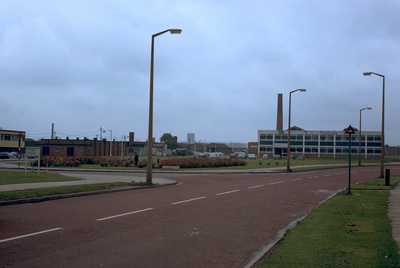 This photo, off of Durham Way North and St. Cuthberts way glosses over the industrial spike of Newton Aycliffe. In order to account for incoming laborers, several factories were developed by companies like Aycliffe Industrial Estate, creating some 1800 jobs.