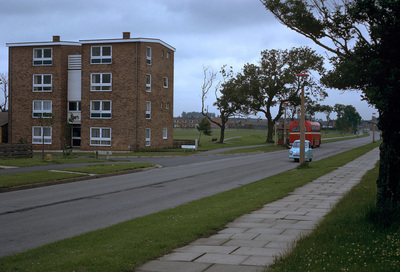 Apartment buildings such as this one in Newton Aycliffe served as more affordable housing situations to the uniformity produced by other housing developments. These lower-income situations also created ways to gain social growth and wealth in the literal "new" new towns.