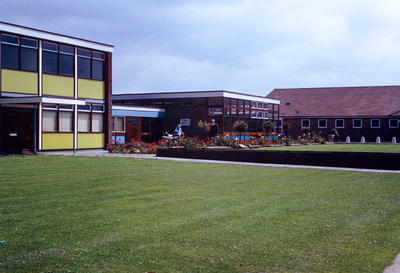 Newton Aycliffe is located in County Durham, England. Newton Aycliffe was founded during the New Town Act of 1946 -- a plan to relocate those whose residences were negatively affected by World War II. These new towns were to prioritize citizenship, employment, community, and stability with a new kind of Welfare state. Newton Aycliffe houses were designed with uniformity in mind. Each came with garage parking and a front-yard garden. A focus in post-war New Towns was social and public housing, and that is reflected in the construction and shape of the neighborhood.