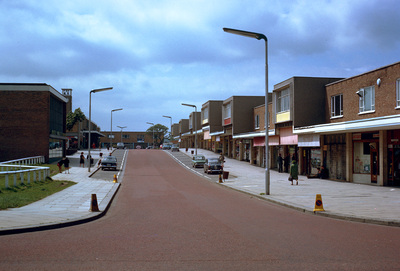 During planning Newton Aycliffe, deliberate shopping wards were created, simply named Ward A and Ward B. A was designated 11 shops on a curved side of the road(Neville Parade), and B, the smaller with 7 (Simpasture Gate). This photo is of Ward A.