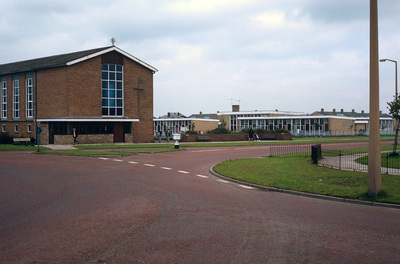 The instigation of faiths to Newton Aycliffe were preceeded non-Catholic until St. Mary's in 1961, which formatted a primary school adjacent its parish. Churches have a strong history throughout many newtowns, to create reasoning and interest to persons flocking to the growing post-war town.