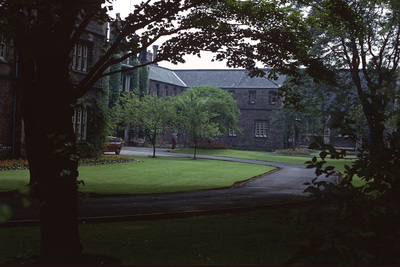 York St John University is a public university located on a large urban campus in York, England. The university was originally founded in 1841 as the Church College for Teacher Training. The institution later joined Ripon College and became the College of Ripon & York St John in 1975, though degrees were awarded through the University of Leeds. At the time this photo was taken, the school was known as the College of Ripon & York St John.