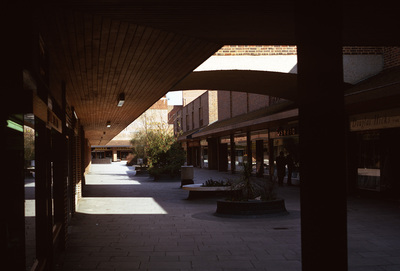 The Old George Mall is a shopping precinct whose entrance passes under the Old George Inn, a historic inn built in 1364. The Mall contains a facade of the inn in front of it, a mixture of Tudor and Medieval architecture High Street is known for. However, this image contrasts mid 20th century development with the historic architectural styles of much of the town. The actual interior of the Inn has been inaccessible to the public for several years.