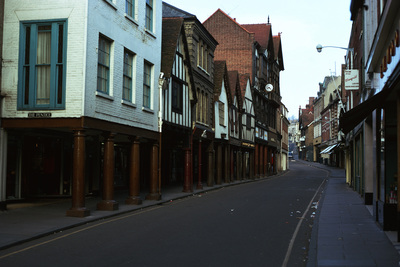 High Street is dense with picturesque old structures, including many examples of Tudor style architecture. Featured here, the Pentice is a colonnade-guided covered walkway of storefronts that has existed from medieval times and survived WWII bombing. It acts as a core function to Winchester by way of foot-traffic.