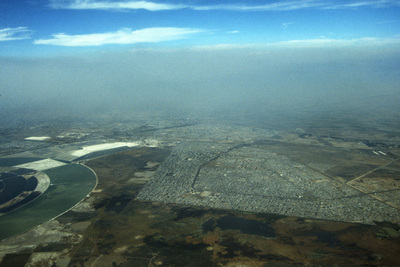 A 1988 aerial image of the smog over Mexico City. In the 1980s and 1990s, Mexico City's pollution levels were at a remarkable high - so high that some residents reported that pollution was causing birds to fall out of the sky. 1988 saw the enforcement and establishment of LGEEPA, the general law of ecological balance and environmental protection, which resulted in stronger jurisdiction over air quality.