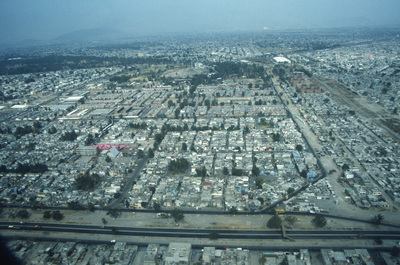 Aerial of Mexico City. Located in the Valley of Mexico, the city consists of sixteen municipalities and has a population of 21.2 million people, making it the largest metropolitan area in the western hemisphere. The city was built upon the colonized indigenous city Tenochititlan, and however small, some architecture reigned to influence some of the city's most beautiful structures.