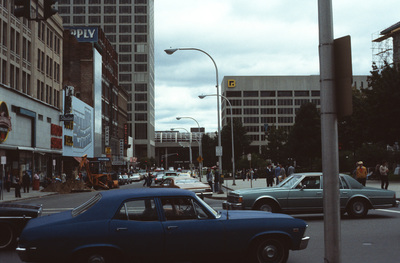 Worcester Commons, bordered at the time by Worcester Galleria, a ship-sized mall that boasted the worlds largest parking garage (at the time of construction, 1971). Despite two attempts to revive the mall it was all but abandoned by the year 2000. The mall was demolished in the early 21st century as part of a $1 billion dollar urban renewal plan.