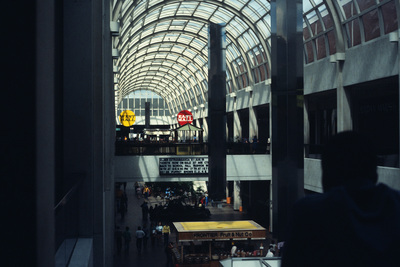 The Worcester Galleria was an urban mall completed in 1971. It was shut down and reopened in the 1990s as an outlet called the Worcester Common Fashion Outlet, which then closed in 2006. The building was later demolished.