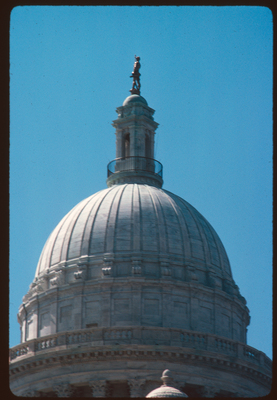 The structural marble dome of the Rhode Island State House was the largest in the country when it was completed at the turn of the century. It is currently the fourth largest self-supporting dome in the world. The decision about the size of the dome was made in 1899 by the State House Commission in order to exceed that of the Minnesota Capitol Building's dome, which was being erected at the time. Atop the dome is George T. Brewster's statue "Hope," commonly known as "The Independent Man."