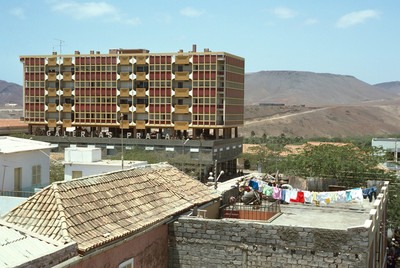 Photographed in 1983, The Bank of Cape Verde is located in the capital city of Praia on the island of Santiago. It gained functional independence from the Portuguese Banco Nacional Ultramarino on July 1, 1976. The bank played an instrumental role in financing Cape Verde's First National Development Plan of 1982-1985.