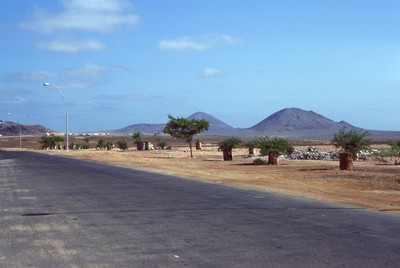 View from the runway at Amilcar Cabral International Airport. Later named for the revolutionary leader of the same name, the airport on Sal was originally built by the Italian government under Benito Mussolini. Following the end of the second World War the airport was purchased by the Portuguese colonial government.