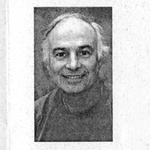 Stories from the Field: A Greek Odyssey in Two Parts

In this Mary Tucker Thorp lecture, Peter Allen discusses modern Greece and his years spent conducting sociological research focused on topics such as modernization, conflict management, and identity. Allen bases his lecture largely around his trips to a village in southern Greece in 1970 and 1997.